George Pinkney Rose was born on 6 January 1827 at Bentonville, Johnston County, North Carolina. He was the son of Nicholas & Sarah Rhodes Rose. George married Nancy Brunt (Brent), also of Johnston County, on 21 October 1852.  He died 1 September 1889 in Grantham Township, Wayne County, NC, and is buried in the Rose Family Cemetery on a plot of land in Grantham that had belonged to the Rose family. The Rose family was related to the Harper family and had lived in Johnston County near the Bentonville Battlefield.

George Pinkney and Nancy Rose had a large family, with eleven children living to adulthood. They were:  James Ingram; Frances Elizabeth; Nancy J.; Joel Leander; David Jeptha; Sarah Ophelia; Ida Llewellyn; George Lafayette; William Preston; Annie Martha; and Vira Viola. Our connection is through Sarah Ophelia Rose Barnes. She was my husband’s great-grandmother. As many other genealogists can testify, your spouse’s family line is just as intriguing as your own.

Here’s another obituary for George Pinkney Rose, that was published two days after the first one, also in the newspaper, the Goldsboro Headlight, Goldsboro, Wayne County, NC. I’ve left in the paragraph before and after the obit because I also find then interesting. 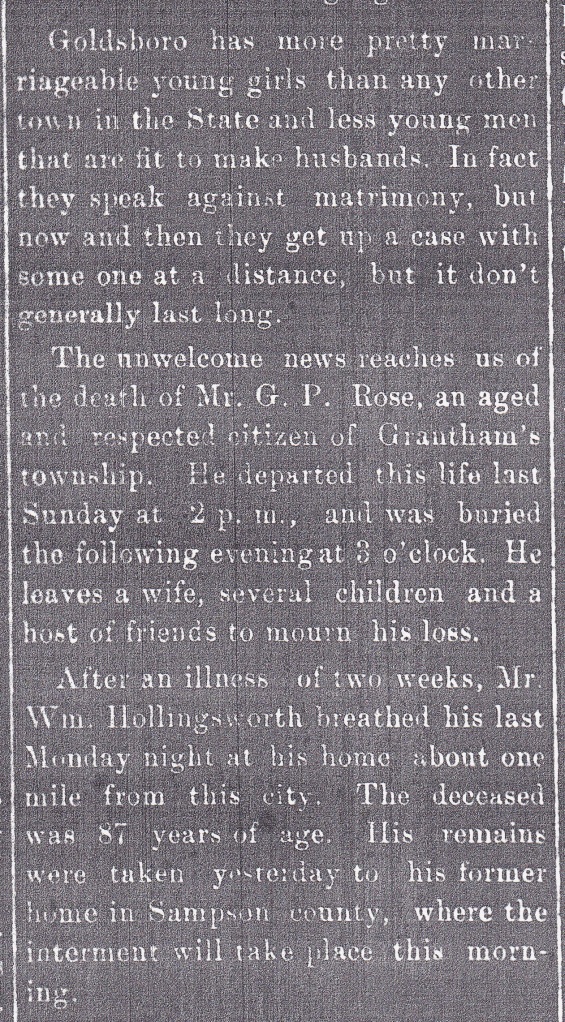 This obituary states that George P. Rose has a host of friends, and since the first obituary said about 2,000 people attended the funeral, he really had a good turn-out. He was a very active Mason, and his gravestone shows the masonic symbol. The photograph below was taken by Laurie Knight, another Rose genealogist. Thanks for sharing, Laurie! 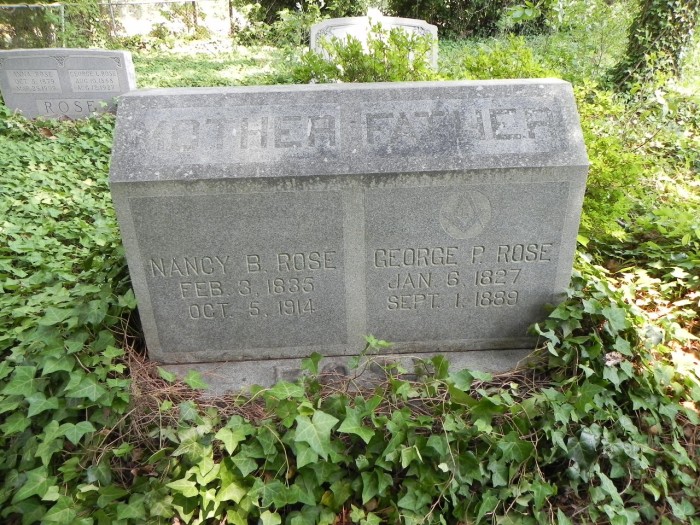 For other Rose family researchers, this information about a transaction of land associated with George P. Rose may prove interesting:

Sunday’s Obituary is a blogging prompt suggested by GeneaBloggers.